This page is to inform you of whom the DF2 Wiki Admins are, as well as a dedication to them for their hard work. This Wiki takes a lot of effort and these admins keep things in order and work their bullocks off for nothing more than appreciation. Thank you to all listed below:

Alex said I need to edit this. So I am. I'm a wiki admin. 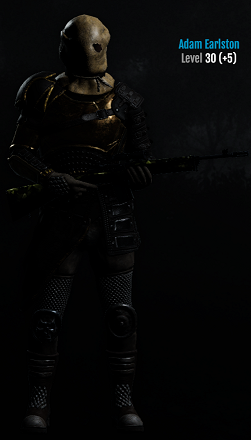 Hello, I am Adam Earlston, the creator of the Bestiary Book and Pepe Boss Artwork (Found in Steam Artwork section), which are my most beloved creations so far.

I decided to make the DF2 Wiki my next project/hobby for fun. I thought it would be nice to give something back to the community and help out writing the wiki. From there I've been having fun adding lots of new information and pages.

Like many others I have been playing since Dead Frontier 2D since childhood. I remember the good old days of sitting in my bathtub playing Dead Frontier on a laptop connected to my neighbour's wifi. Now i am 27 years old and still enjoying the Dead Frontier series.

I discovered Dead Frontier in 2009 when I was twelve-years-old and have played it ever since then. My original character was named Claytornator, which was my RuneScape username at the time. This was the account I joined my first clan on, the Fairview Freedom Fighters which was run by a player named LtCobra. Despite not lasting all that long this group was what shaped my Dead Frontier experience for years to come. They dedicated themselves to helping new players with advice, gear, and objectives that kept the game fresh. Which is what I still strive to do to this day in whatever role I can. Some of those being the Head Wiki Admin for Dead Frontier 1's Wikia for a little over 2 years, now an Admin for the Dead Frontier 2 Wikia, and a moderator for Dead Frontier's forum and Discord server.

Name's Derek, or Sandman rather. Either or, I'm comfortable with both. It all began when I was a young kid; exploring the internet and finding some amazing stuff on the internet. Then I stumbled upon Dead Frontier.

Unfortunately for me at the time, a not so good PC gave me trouble from ever really playing the game much, and I moved on through life. about a decade later I would find Neil breathing life into the franchise again that I had forgotten so long ago, and with now ample time to play, I eagerly returned for the start of Dead Frontier 2.

I stuck around for awhile, learning the basics and then advanced parts of the game, until I reached a point where I started to want to improve and share my knowledge within the game with others expansively. I update the weapon and skill wikis whenever an update is present, and I'm always up to answer questions to the best of my abilities. 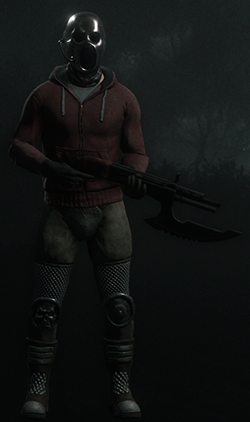 Hey! My name is Zumb or Tom whatever you prefer! I create YouTube content mostly on Dead Frontier 2 and I am a self proclaimed "Game Developer".

I found out about Dead Frontier at the young age of ten while searching for 'Free Zombie Games Online' on my laptop and immediately got hooked. I wasn't great at it, but I loved it nonetheless.

Fast forward to 2016, I come back to DF1, got a Vulcan, realised how bad it is, then eventually left again. Fast forward to 2018, I found out that Dead Frontier 2 was in-development, got back into DF1 again! This time around I joined an amazing clan and managed to achieve Clan Dusk.

These days I'm still making DF2 videos and trying to dip my toes into the community and recently started contributing to the Wiki. I'm now co-running the DF1 Clan 'WarWolves' and currently running the DF2 Clan 'Project WarWolves'.

Retrieved from "https://deadfrontier2.fandom.com/wiki/Dead_Frontier_II_Wiki:Wiki_Admins?oldid=9041"
Community content is available under CC-BY-SA unless otherwise noted.